Dungeon delving is one of the highlights of table-top RPGs. There are a wealth of dungeons in published adventures, but a Dungeon Master crafting the twists, turns, and traps of their own design brings a whole new level of anticipation to the experience. Whether you want to export 2D renders for an online game or craft a fully immersive 3D-printed build, below you will find tips for making memorable dungeons using assets and features found in the Terrain Tinker editor. 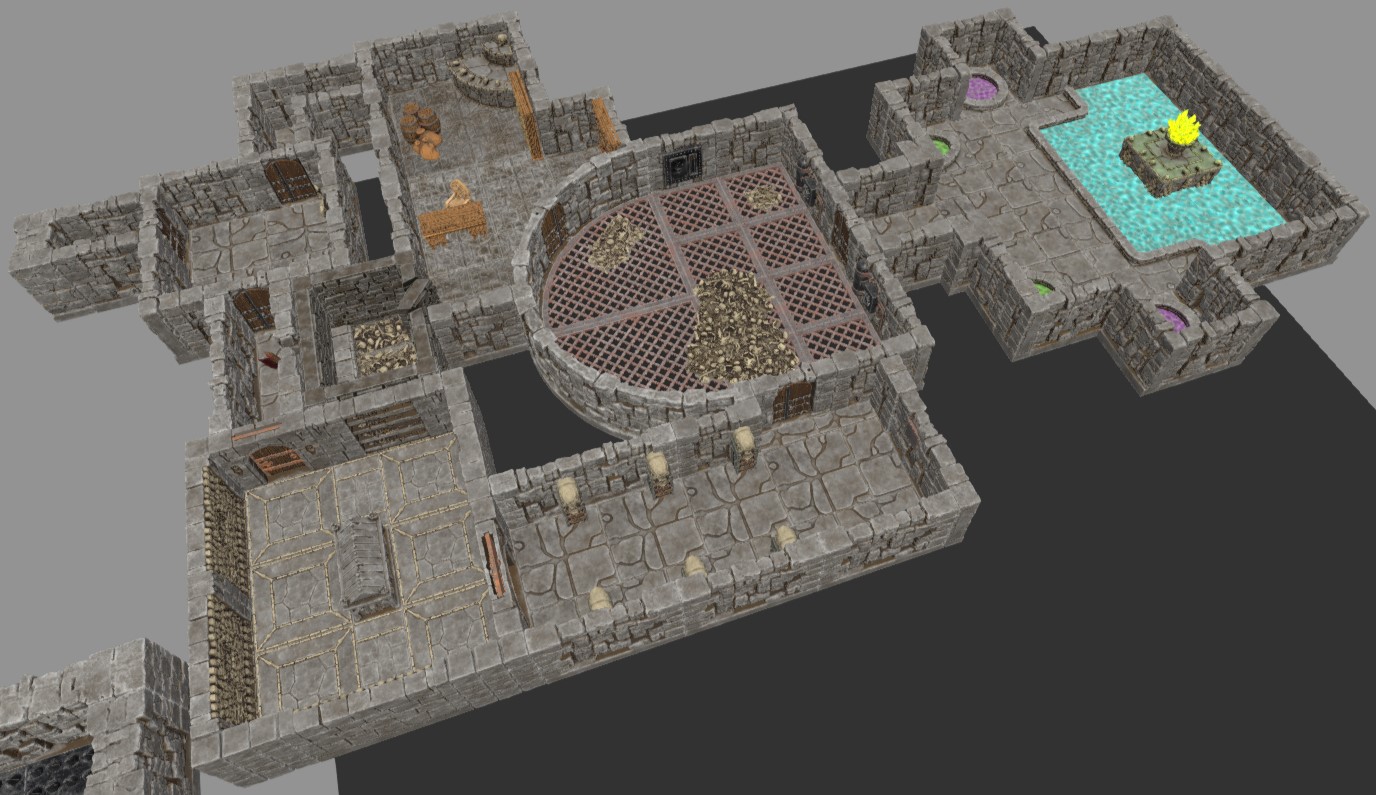 The Rampage Dungeon set is the best for building your dungeon’s initial rooms and corridors. The Heavy Stone Walls and Floors have a wide variety of features with a unified aesthetic, allowing each room to have something visually unique that the party can interact with. Most rooms are square or oblong in shape and have a wide range of sizes starting from small rooms around 4”x4” squares (or 4 E tiles). The set contains plenty of assets for circular and internal walls, creating a plethora of options for interesting rooms. For unusually shaped rooms, you may need to compensate for the ¼” width of the wall tiles using AS or BA floor tiles.

When designing the rooms, add details to each room to make them stand out from each other. This could be unique wall decorations like the Skull Walls or Murder Holes, or floor tiles like the Thermae or Brazier. Use the environment to tell a story.

Terrain Tinker allows you to overlap the non-scatter terrain, merging it to create unique formations for your dungeon. Scatter terrain can also be used to add flavor to the rooms, from skeleton piles to cathedral pulpits. Add doors and winding corridors as visual breaks to focus the party on what is happening in each new room. Also, keep in mind the size of any creatures that you want to populate the rooms with, and how they can use the environment to their advantage. 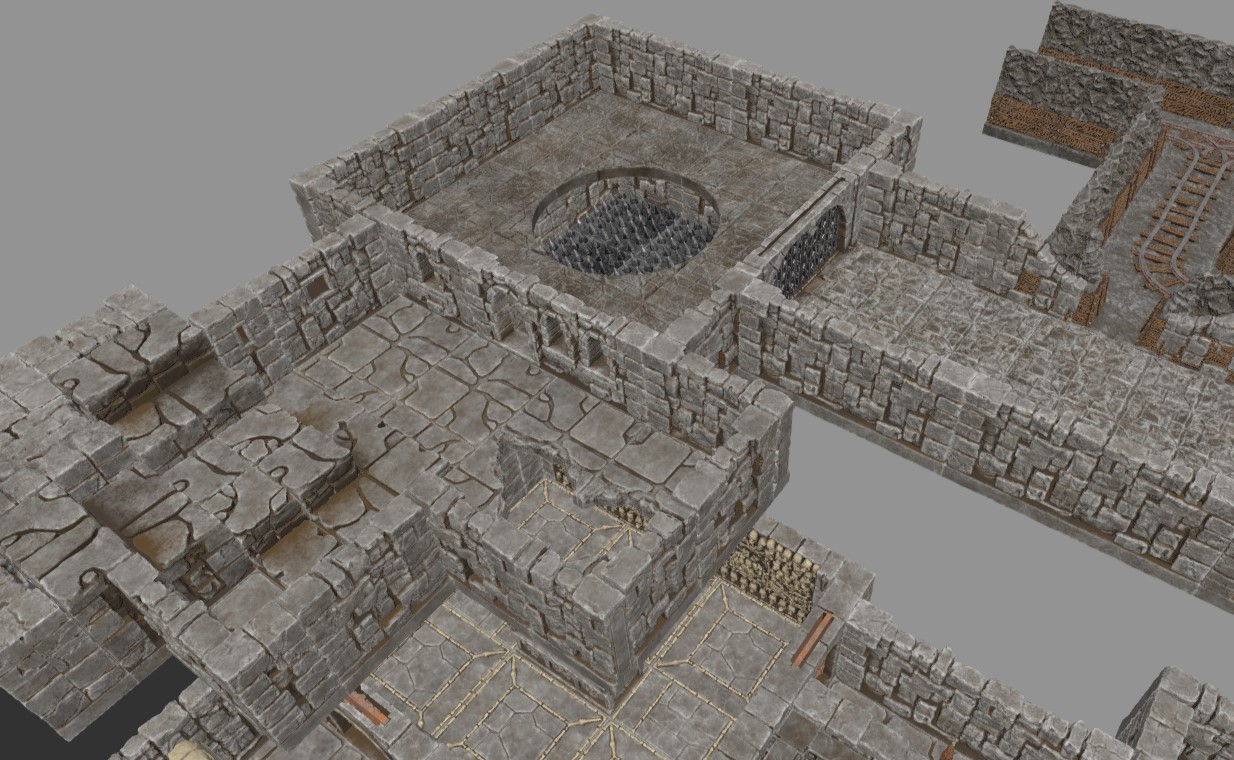 As your dungeon gets larger, you can spread the rooms over multiple levels with the ‘level’ tool in the top left. It will continue to show you any rooms you have built on the lower levels. When working with multiple floors, include different ways of moving between the two levels. Some useful suggestions are a climb up to a balcony or ledge, a ladder, some stairs in a side corridor, pit traps, or rooms with holes in the floor. All these additions will make sure that creative players get to maximize their movement. 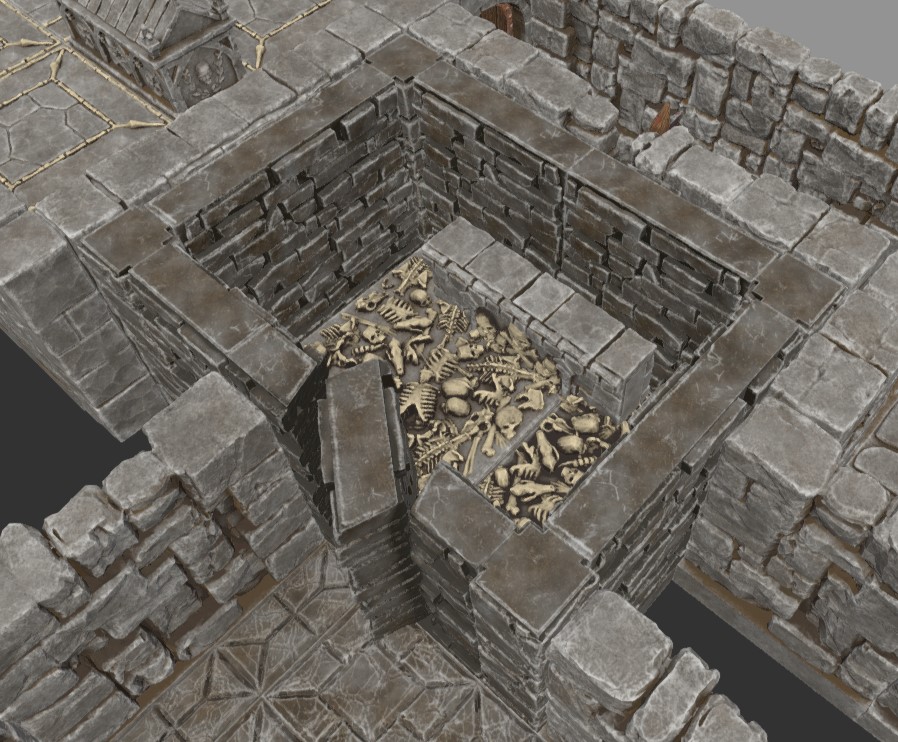 When positioning your rooms, secret rooms or passageways can be placed in the gaps between them. These rooms should be used sparingly, but players love finding secrets and treasures hidden behind walls or features in a ‘normal’ room. Special features like Thermae or Skull Walls can be used to hide a secret passage - perhaps as a trigger to open a secret door? Heavy Stone, Castle, and Schist Wall sets all have specialized walls with secret doors that swivel open, which make for a great reveal part-way through the adventure. To not look suspicious - you should make sure the players encounter some rooms in the same style of the wall before adding in a secret door. 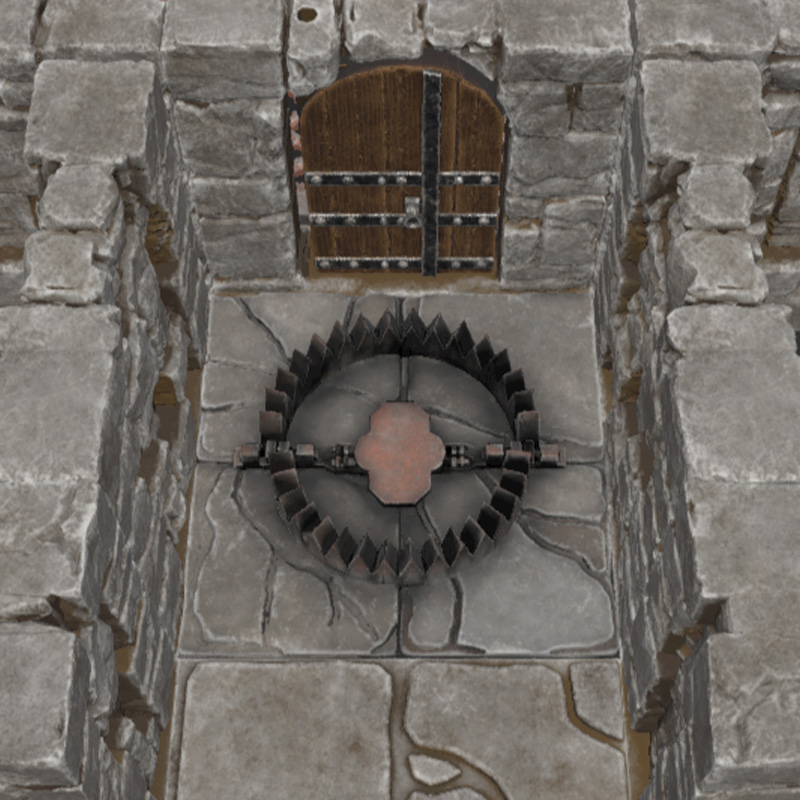 Traps are a signature part of any dungeon, designed to interfere with or damage any player characters who are not paying attention to their surroundings. There are several options for traps that can be found in the editor, both wall-mounted and floor-based. The E-Insert Floor Traps display the trap in the editor but export a blank tile with 2 separate tops, a normal tile, and the trap. This allows you to hide the trap as a ‘standard’ E floor, until either a character identifies it, or the trap is sprung. Some of the wall traps are very noticeable. If you wish to hide these, I recommend building the dungeon and placing the traps where you wish them to go. Once everything is in place, move the trap wall off to the side leaving a blank space where it will slot into, and print a normal A wall at the same time. This way you can slot the normal wall into the gap until the trap is sprung, when you can replace it with the special wall. 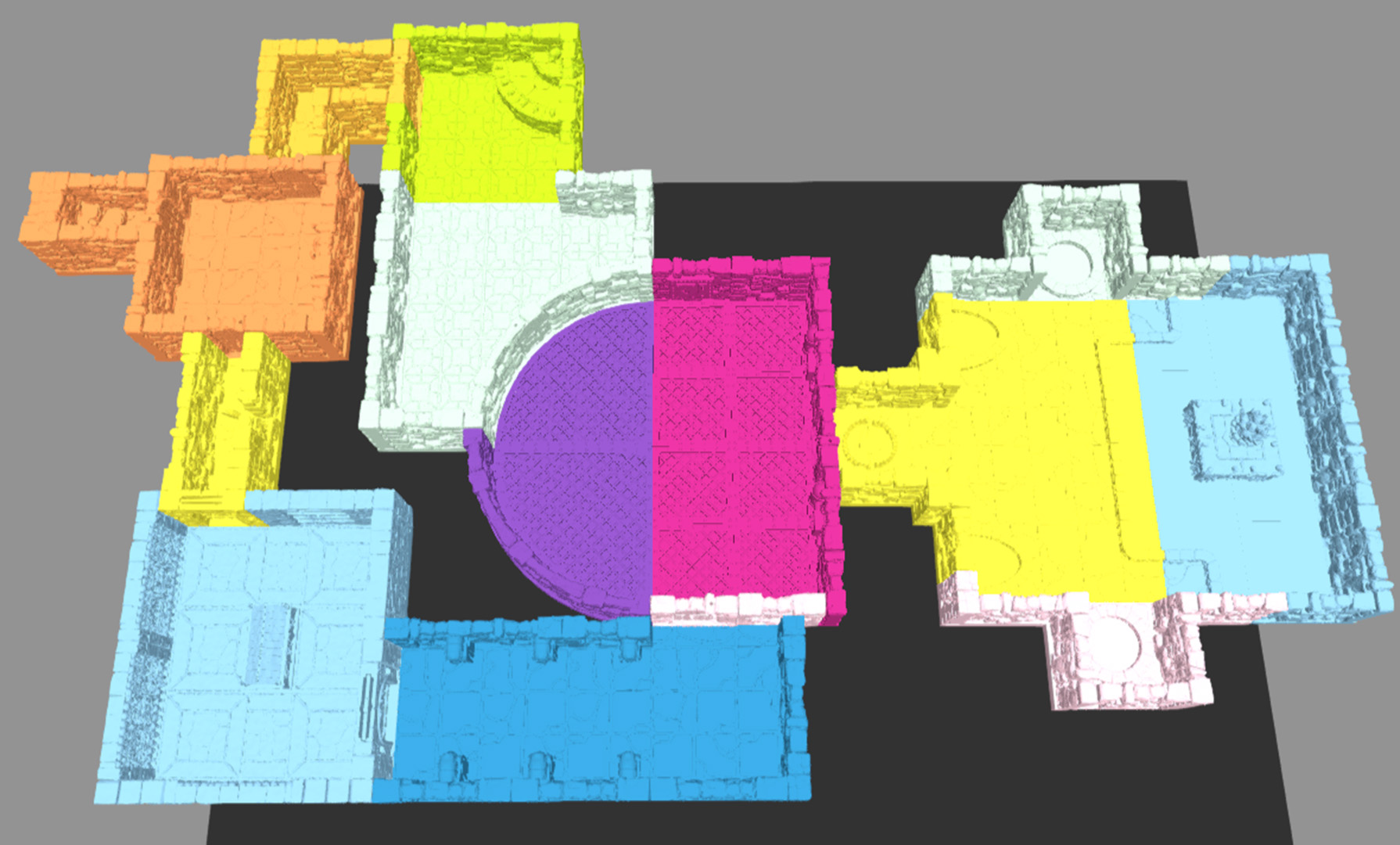 Once the Dungeon is complete, prepare it for export using the ‘Print’ button in the top right corner. Here there are two main options: to export it as a 2D image for online gaming platforms and TV monitor set-ups, or to prepare it for 3D printing. When preparing for 3D printing you can separate each room into separate pieces, allowing each area to be placed individually during the game. This allows you to slowly reveal the dungeon as the party moves through it. As you’re setting each section, check if two rooms share a wall, then work out which room is most likely to be revealed first and combine the shared wall with that section.

Go try it out in Terrain Tinker now!